After decades of continuous use, a large library upgrades its Spacesaver electronic shelving systems.

This massive public library takes up a city block. Even with all that space, since the early 1990s, Spacesaver's compact shelving has been critical for maximizing space and accommodating the library's collections.

The powered systems, like the thermostats and other electronic systems in the aging building, began to fail decades after the library opened. Because Spacesaver could no longer obtain the parts required for repair, the electronic components had to be replaced.

The library's administrative team decided to reinvest in the Spacesaver system after weighing their options. They determined that compact shelving was critical to the library's function, and that updating it would improve the working environment while also extending the asset's useful life. 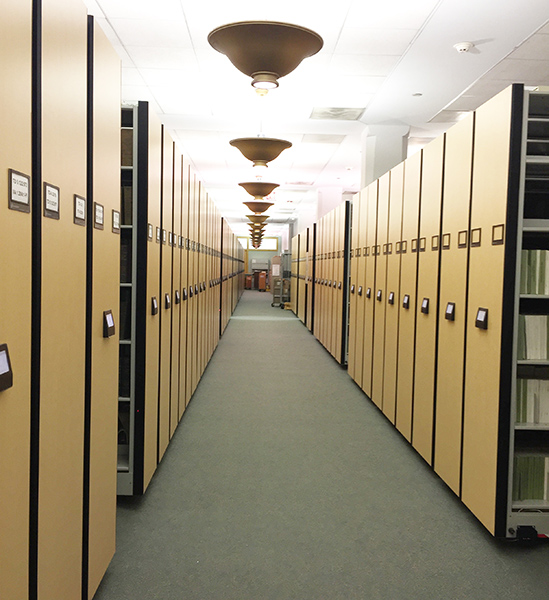 Learn more about the POWER of RELIABILITY

The system's aging electronic controls, engines, and safety systems were all renewed by the local Spacesaver distributorship, which also updated the system's appearance. The technicians replaced the old grey end panels with new maple-look laminate panels, which brighten the space and give it a more contemporary look. They also replaced the old fluorescent lighting with new LED lighting, which is brighter and more efficient.

The library is now set up for decades of trouble-free Spacesaver system operation.

Connect with the Experts in Electronic Mobile Shelving

Want to learn more about how Spacesaver's powered shelving systems can help you save time, space, and increase safety and security? Contact us to get answers to all of your questions and to be linked with a Spacesaver consultant in your area. 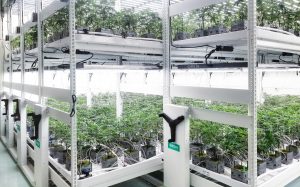 Why chose Spacesaver cannabis grow racks over the competition. See why this indoor cannabis cultivation facility made this choice.
Read More

How American Rescue Plan funds be used to get organized and consolidate storage. Get help planning your project with MOTUS storage experts.
Read More

How to Store a K-12 School Archive